9 Signs You’re Burnt Out – I Talk to Mental Floss

This interview was conducted by Mental Floss writer Zoe Weiner, and was originally published at MentalFloss.com in April 2017. View the original article here.

It may come after six months or six years, but there’s a moment in every job when you realize you’ve reached your limit. Whether it’s due to burnout, boredom, or a generally bad fit, you’ll eventually get to a point where you’ve simply been doing the same thing for too long and find yourself unhappy and unfulfilled. It’s not always easy to recognize, but it’s important to act on that “Aha!” moment when it hits so that you don’t waste any more time in a stagnating career.

So how do you know you’ve been in a job too long?

We spoke to career coaches Kate Bagoy and Rebecca Thompson, both of whom burnt out in their previous roles—Kate in consulting and Thompson in politics—and now use their experiences to advise others who find themselves in the same boat. “People stay in things way too long,” says Thompson, who stuck with a job for five years even though she knew it wasn’t the right fit after six months. “Know when it’s time to get out, and get out.”

According to Bagoy and Thompson, here are the key signs you’ve been in a job too long:

Playing hooky is fun to think about, but if you’re regularly considering pulling a Ferris Bueller, it’s a pretty clear indication that you’re unhappy. “If you get up too many days in a row and think, ‘I don’t want to go to work,’ ‘How many sick days do I have left?’ ‘Would anybody even notice if I show up today?’” says Bagoy, “for me, that’s the first sign that’s something is wrong.”

2. You Feel Like All Of Your Creativity Has Been Drained.

No matter your industry, you should spend most of your time feeling inspired by your job, not beaten down by it. “That burnout from my job was seeping over into the rest of my life,” says Bagoy. “It had eaten up all of my creative energy and my joy.” If you feel like your role is taking too much brain-power and not allowing you to keep those creative juices flowing, it may be time to make a change.

3. You’ve Stopped Participating In Other Aspects Of Your Life.

Being tired after a long day at the office is one thing, but being burnt out is another, and it’s important to know the difference. “I was so miserable in the eight hours a day I was in my job that I had nothing left,” says Bagoy.

“I would come home, microwave a plate, binge-watch Netflix, and go to bed.”

When you’re burnt out, the rest of your life suffers, and you can use that as an indicator that things aren’t working. And, Bagoy says, if you find yourself using addictive behaviors like drinking, binge-eating, or online shopping to numb yourself to the burnout, get out of there fast.

4. You’re Dreaming Of Leaving A High-paying Job For Minimum Wage.

“I used to fantasize about leaving my six figure role to go flip burgers,” says Thompson, while Bagoy used to “dream about going to work at Starbucks, even if it meant going to work 80 hours a week to make up the salary.” If the tax on your mental energy is so high that you’re dreaming of doing anything else, just to give your brain a break, get out.

5. You’ve Exhausted Your Opportunities For Growth.

Not every job is meant to launch an entire career (otherwise turnover rates would be non-existent) and that’s totally OK. Think about each role as a steppingstone, and know what you want out of the position when you start. When you feel like you’ve learned and grown in every way that you can, move on. “Get what you came to get, then get out,” says Thompson.

6. You Aren’t Getting Promoted.

While you shouldn’t necessarily expect a promotion every year, if there is no room for any upward movement—or if your peers are consistently beating you out for more senior positions—there’s no point in staying in a role any longer than you have to. Have an honest conversation with your boss about whether or not there are any options for you within the company, and if there’s no possibility that you’ll get promoted or your role will change, take your services elsewhere.

7. You Can Tell Your Performance Is Slipping.

For a while, you may be able to get away with it, but eventually people will notice. Don’t allow yourself to settle for doing a mediocre job, and don’t wait for your supervisor to talk to you about it; use your drop-off in performance as a sign that your mental capacity can be better used somewhere else.

No matter how much you love your job, some days are going to be more productive than others. But if you’re spending the majority of your time scrolling through E! News or hammering away like a mindless monkey at a keyboard, make the conscious decision to put your brain to better use elsewhere.

When you’re fantasizing about getting fired so that you don’t have to go to work another day, it’s time to quit. “I knew [my company] wanted me to quit, instead of firing me,” says Thompson. Of course, getting laid off may have certain financial benefits, but waiting it out and letting your performance slip in the hopes that you’ll be let go isn’t doing anyone, most of all you, any favors.

What do you think – have you been your job too long?

Now that you know the signs, do you think it’s time to move on?

If it is, have you considered freelancing or consulting?

Curious about ditching your 9 to 5? Take a look at my Ebook that gives you that push and basic groundwork to getting started! 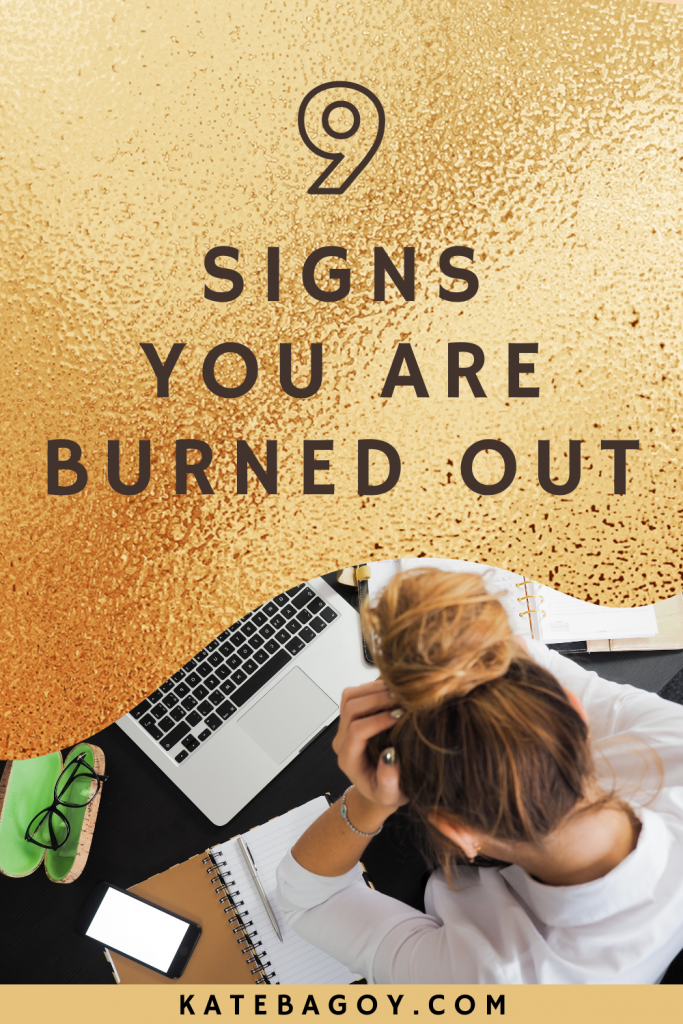 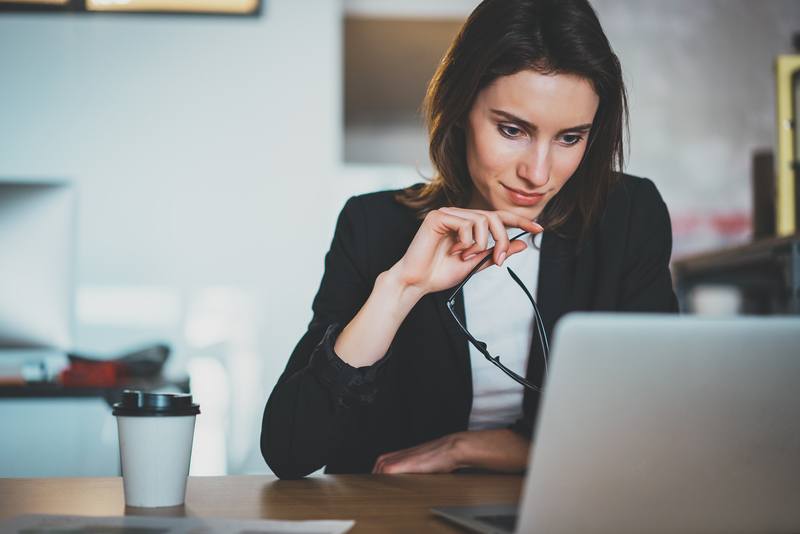 Underutilized Tools That Can Grow Your Business

Your business deserves only the very best. You should also be aware of the common pitfalls for new startups. One...
Read More 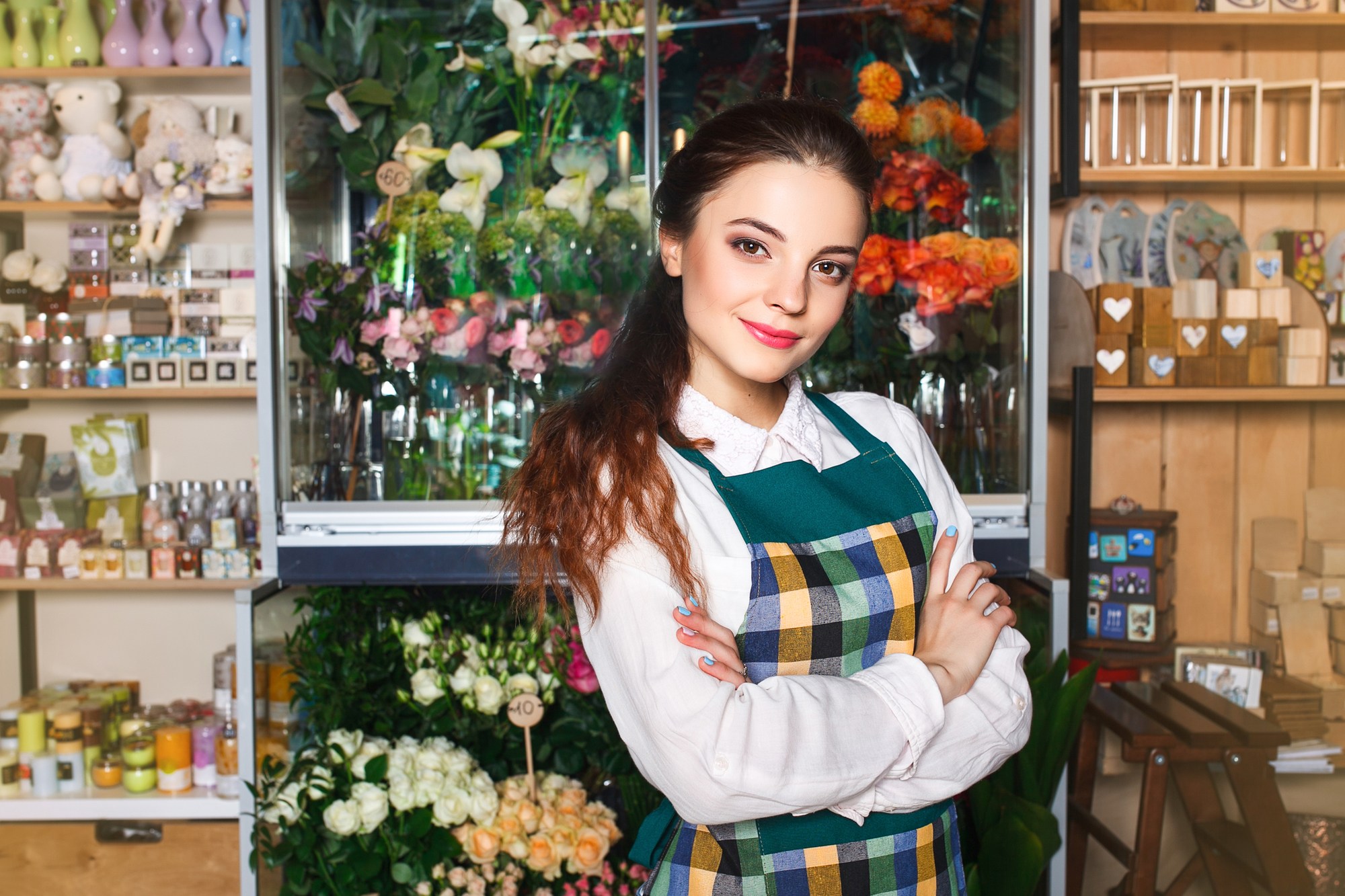 Finding ways to control costs is an important task for any business, no matter how big or small it is....
Read More 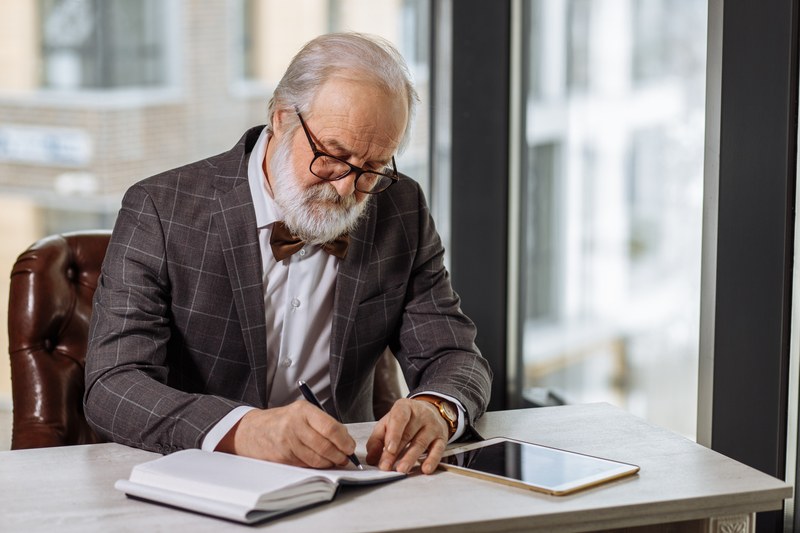 How to Become a Smarter Decision-Maker

Learning how to become a smarter decision-maker is a priceless life skill to have. This skill can save you a...
Read More 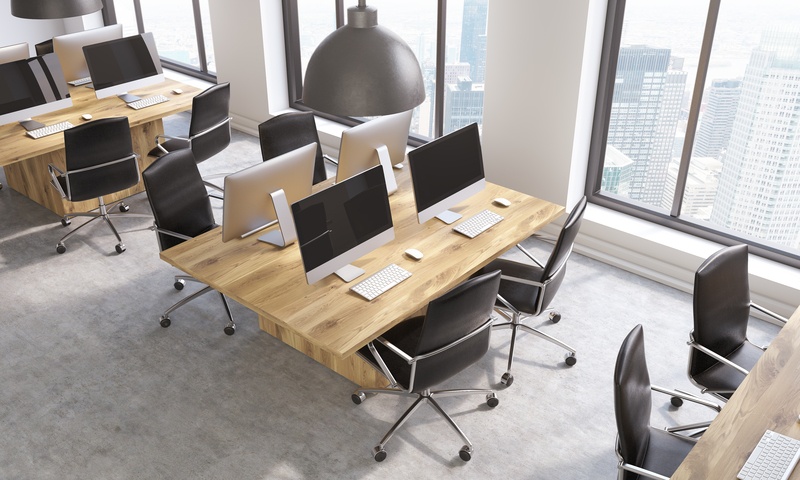 Remote work can come with a lot of challenges if your company isn’t set up to facilitate this type of...
Read More 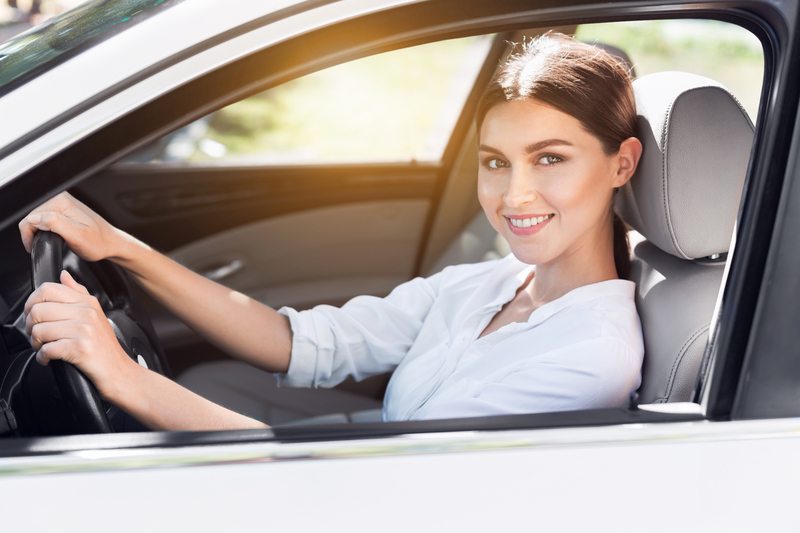 What to Know About Owning a Vehicle for Your Business

Different businesses are going to need different assets. Some might need commercial property. Others might simply need one or more...
Read More 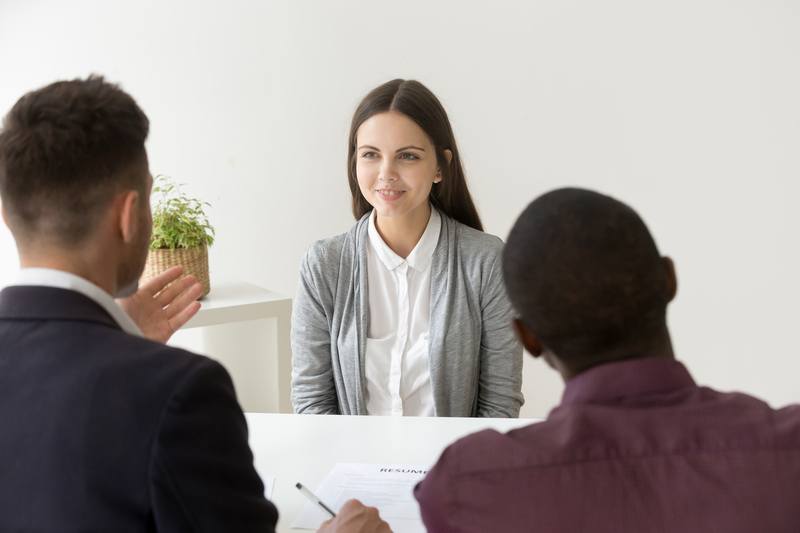 How to Properly Vet Potential Employees

Employees are the lifeblood of any company. How should you vet potential employees to make sure you choose the right...
Read More

Why You Need Cloud Storage for Your Business

There are a lot of reasons why you need cloud storage for your business. Many businesses choose to store their...
Read More 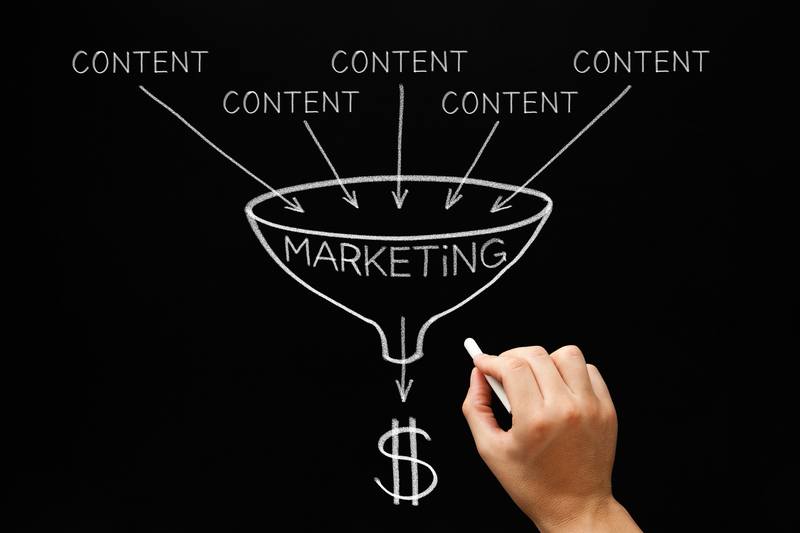 Types of Content Marketing You Should Be Using More

Successful businesses in the modern era tend to have a strong grasp of the world and various types of content...
Read More 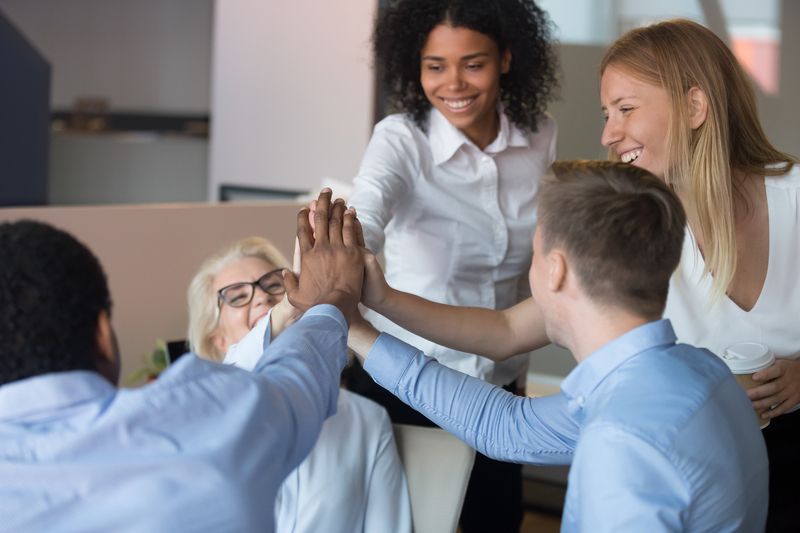 How to Connect Better With Your Employees

Any team will work better when the members of that team have a stronger connection. People are more productive when...
Read More 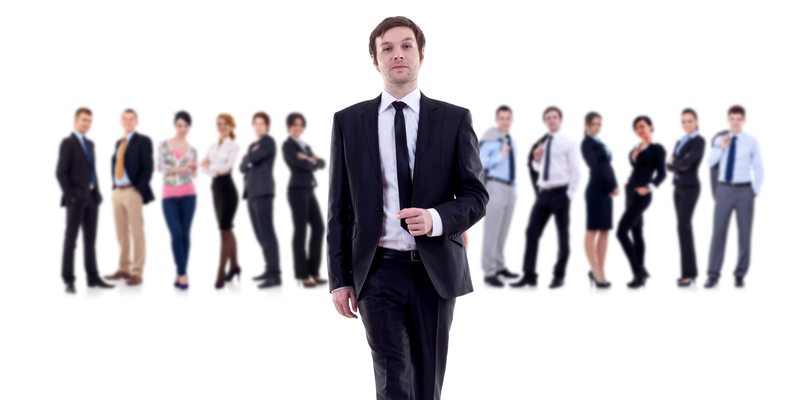 How to Make Complex Tasks Easier for Your Business

A well-run business requires efficiency, and that means completing necessary tasks quickly, effectively, and without wasting time or resources. With...
Read More 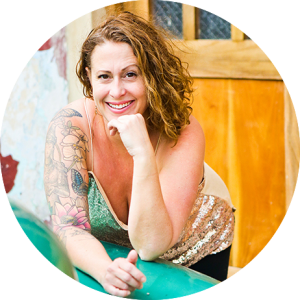 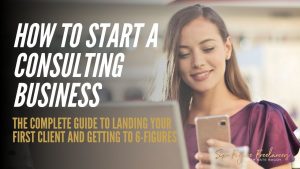